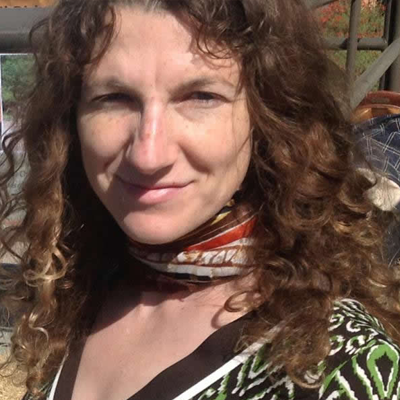 On April 4, 2013, at approximately 10:30 pm, the Mendocino County Sheriff’s Office initiated an investigation into the whereabouts of Genevieve Kathryn Alexander after her boyfriend reported her as being a missing person.

The boyfriend last saw Alexander walking away from the couple’s residence located at the Pomo Campground on April 4, 2013, at 3:30 pm.

A Deputy Sheriff conducted an immediate area search of the bluffs/beaches of Sunset Way, Belinda Point, Schoefer Lane and Pacific Way. These locations were identified as being locations where Alexander frequented on occasion but the Deputy Sheriff was unable to locate Alexander.

On April 5, 2013, at approximately 9:00 am, Sheriff’s Office investigators, with the aid of the Mendocino County Sheriff’s Office Search & Rescue Team, initiated a further search for Alexander.

During the search, it was learned that a resident who lived adjacent to the Mendocino Coast Botanical Gardens (18220 North Highway 1) had contacted a person trespassing on their property on April 4, 2013, at approximately 4:00 pm. The person that was trespassing matched Alexander’s physical and clothing description.

A Sheriff’s Office Search & Rescue Team bloodhound (K9) began a scent search from the location of the trespass scene and ended behind the Mendocino Coast Botanical Gardens along the bluff line at a trailhead that lead downward toward the beach.

While conducting a search of the beach, a pair was pants was found floating in the ocean a short distance out from the beach. When the pants were recovered they were identified as being the pants Alexander was wearing at the time of her disappearance.

A further search of this area was conducted by personnel from the United States Coast Guard (boat & helicopter) and the Sheriff’s Office Search & Rescue Team.

As of April 5, 2013 at 5:00 pm, Alexander’s current whereabouts are unknown and no further items of clothing have been recovered.

Anyone with any information relating to Alexander’s disappearance or whereabouts is urged to contact the Sheriff’s Office Tip Line at 707-234-2100.